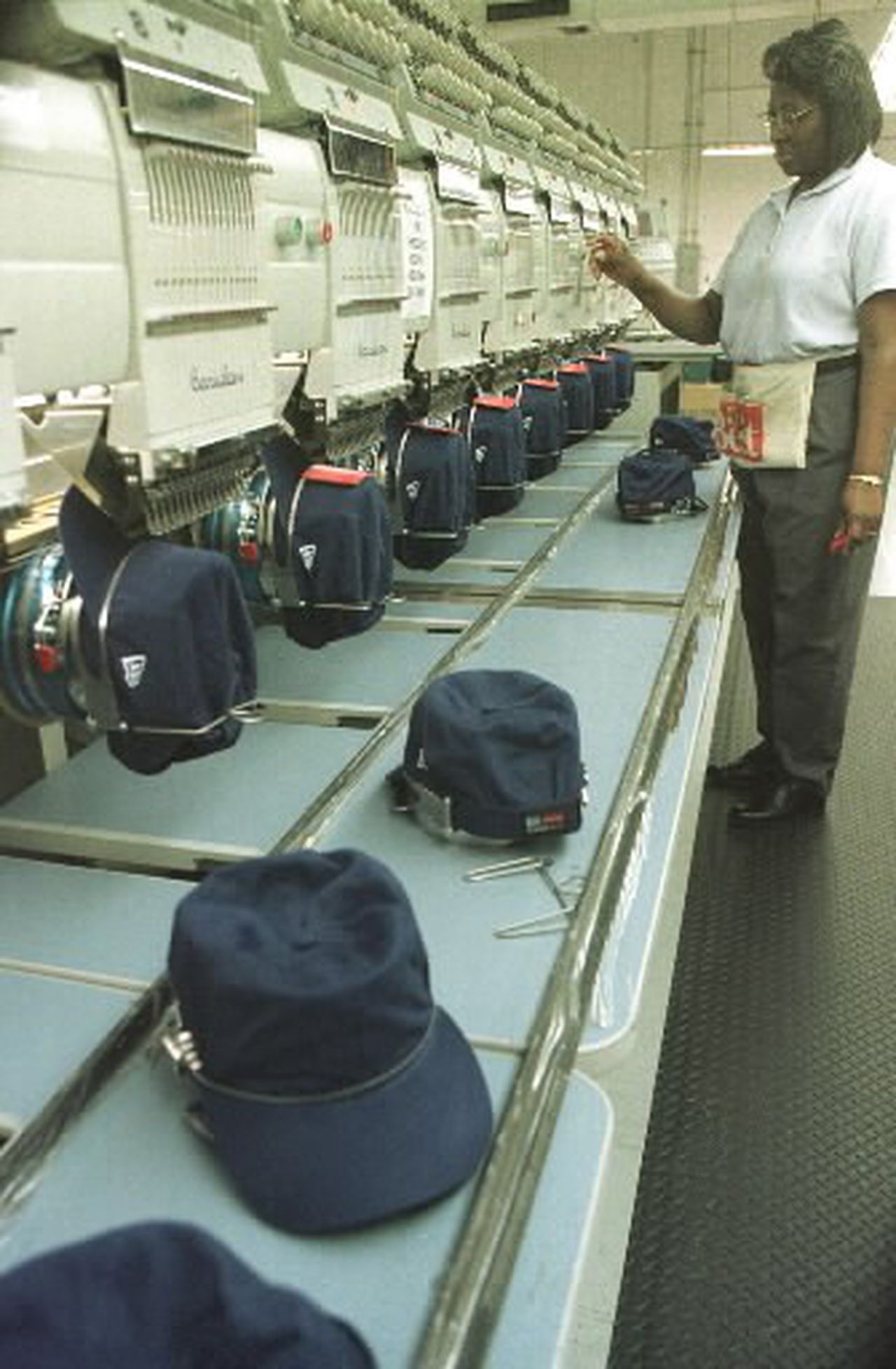 will shut down its factory in Jackson, Ala., and its Mobile distribution center early next year, laying off 322 workers in Jackson and 70 in Mobile, the company said this morning.

Paul Gallagher, spokesperson for New Era from Buffalo, NY, said the company was hit by declining demand during the recession and its custom small-batch business was decimated by shutting more than 500 former retail customers.

“We have too much capacity,” said Gallagher. “We just don’t have enough consumer demand. “

Between 20 percent and 30 percent of workers at the three factories have been on temporary layoff since August.

New Era plans to consolidate its operations into a single plant, either in Demopolis or Derby, New York, next year, Gallagher said. The Demopolis plant has 355 workers.

, said workers were informed of the closures around 10 a.m. this morning.

“It hasn’t been a good day for a lot of people,” said Gookins, whose union won the right to represent workers at Mobile and Jackson after a bitter dispute that garnered national attention.

The Jackson plant, which is expected to close in January, is the least efficient of the three plants, Gallagher said. The company will choose between the Demopolis and Derby factories based on productivity, efficiency, worker seniority and overall cost after consultation with the

union, which represents employees in both locations.

. About 25 jobs were cut at Mobile earlier this fall when some work was moved to the Menlo warehouse near Harrisburg, Pa.