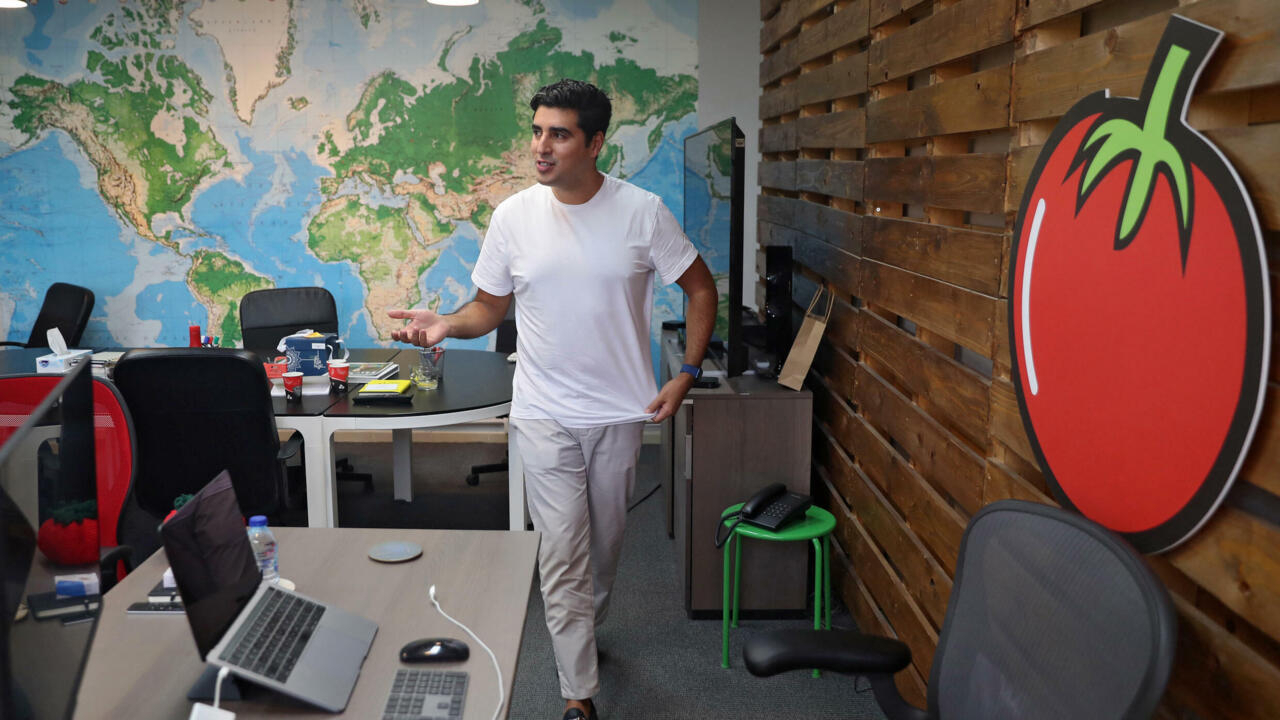 Its logo is a tomato, not an apple, but in just eight years Jordanian company Tamatem has already taken a significant slice of the lucrative Arab mobile gaming market.

“Less than one percent of Internet content is in Arabic, even though there are 400 million Arabic users,” said company founder and CEO Hussam Hammo.

“There is a huge void in this market that we are trying to fill,” added the 38-year-old entrepreneur, sitting in his elegant offices in Amman.

Hamo founded Tamatem – which means tomato – in 2013 and it was the first Arab company to win investments from the “500 Startups” program based in Silicon Valley, California.

Eight years later, the company has around 80 employees who convert mobile phone games into Arabic, also adapting the content to Arabic culture.

“Language was a barrier to the growth of mobile games” in the region, said Nour Khrais, founder and CEO of game developer Maysalward.

With offices now in the United Arab Emirates and Saudi Arabia, Tamatem has released more than 50 mobile games, which have been downloaded over 100 million times from Apple and Google Play stores.

“Seventy percent of smartphone users in the Arab world have their phones configured in Arabic, which means they like to use content in their native language,” Hammo said.

“Unfortunately, when you search for an English game in app stores, you will find millions of games, but when you search in Arabic, there are only a few thousand,” he added.

But the competition is fierce, and Khrais said the Middle East and North Africa region is “the world’s greatest growth region for electronic games.”

Mordor Intelligence market analysts said the global gaming market in 2020 is valued at $ 174 billion and is expected to reach $ 314 billion in 2026.

Tamatem, which has partnerships with companies in the United States, China, France, South Korea, Bulgaria and Croatia, converts the games by replacing the voices and names of the characters, adapting the music and the clothing, adding Muslim holidays like Ramadan and even changing car license plates.

“We don’t just do translation, we do the most important thing which is to educate by making content relevant to Arabic culture,” said COO Eyad Al Basheer.

Nanobit.com’s “Hollywood Story”, in which gamers can become movie stars, strut the red carpet, hang out with fans and even shoot blockbusters, has been renamed “Malekat al Moda” – or ” Queen of Fashion “.

Instead of locations in New York and Los Angeles, the avatars travel between Dubai, Beirut and Cairo, in an Arabic-language game that has now been downloaded over 15 million times.

To adapt to the Arab audience, the figure of the famous crusader Richard the Lionheart was replaced by the legendary dynastic Muslim leader, Salah al-Din al-Ayubi.

One of the company’s biggest hits is “Shake the Metal” which taps into the popular sport of drifting. Showcasing popular car models in the Arab world, it has now been downloaded five million times.

The most popular of Tamatem’s Arab mobile games however is “VIP Belote”, which is based on the French card game and has been downloaded over 20 million times.

In a 2019 report from the World Economic Forum, Tamatem was chosen as one of the top 100 Arab companies “shaping the Fourth Industrial Revolution”.

And the Covid-19 pandemic has turned out to be a boon, with the number of mobile gamers soaring by 150%, Hammo said.

“Tamatem made the games easier, and we understand things we didn’t understand before, because it was in English,” said player Khader Hamid, a 28-year-old civil engineer.

Mona Rummaneh, a 30-year-old woman working in electronic marketing, said Arab games left her “confident that all content is appropriate to our culture and morals.”

She recalled how, after the explosion of the Port of Beirut in August 2020, she and other players expressed their solidarity with the Lebanese players.