Mobile devices like the iPhone and iPad have completely revolutionized the way consumers interact with the online world in recent years. However, mobile devices have not only revolutionized the consumer world, they have also made inroads into the business market, changing the way businesses provide access to important information and data to their partners and employees. One of the first companies to see the potential of a business-specific mobile app was Rome (www.roambi.com), based in Solana Beach. We caught up Quinton Alsbury, president and co-founder of the company, to find out more about what Roambi does for companies, and where he is going.

For those who do not know Roambi, can you tell us about the product? 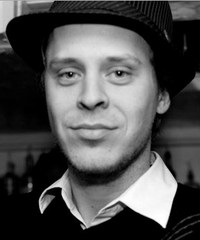 Quinton Alsbury: Roambi is more or less redefining the way the world interacts with data, especially in the context of mobile devices. We founded the company in 2008, inspired by and around the first iPhone. We realized that what Apple had done was introduce a whole new way to interact with computing devices, using touch, a rich and animated user interface and screen size. We realized that everything that people have been doing on a computer for twenty or thirty years had to be rethought and rethought.

My partner and I had spent the last ten to fifteen years in data visualization, as it relates to business data and digital data. We were talking about data visualization when we saw the iPhone come out, we got excited and couldn’t help but see the possibilities of what you could do there. So we decided to do it and after a year and a half we developed the first version of our product. We now have over 400 customers for our product, and a good majority of the Fortune 500 and Fortune 1000 are using it to give their important data a whole new face, and use it to put it in the hands of their employees.

How are customers using your product?

Quinton Alsbury: The way the app is designed is quite independent of any particular industry or operation within a company. The visualizations themselves are designed around data navigation and generic concepts and analytics processes that we know people implement in businesses. The product is used in the field, and a common use case is where a salesperson communicates data to the people they visit, such as a retailer, pharmacy, or store where they speak with the manager. For example, they can discuss with a manager how much of a product is selling there versus other stores.

We have created a compelling way to communicate this data to the 7-11 manager, who is not a data analyst, but is powerful enough to be used up to the CEO, to track company metrics. This data can come from an existing business intelligence system, such as SAP, Oracle, IBM or Salesforce.com. Or, it can come directly from a database. We’re pretty agnostic about the type of data and where it comes from. Use cases range from sales activation to human resources to executive reporting. There are also brand new use cases, where companies are looking at what iPads can do for certain segments of their workforce, if they had the right data.

How has your app provided the update to customers and convinced those companies to adopt the product quickly?

Quinton Alsbury: One of the surprising things for us is that you wouldn’t think that launching a new startup, on a whole new technology platform at the time, the iPhone, would allow you to get the biggest companies in the world. But, that’s exactly what happened. I think it was both the convergence of the iPhone that got a lot of interest in the market and companies asking what can we do with mobile now that there is a real platform. technology that we can strengthen? They used to have BlackBerries and smartphones, but there wasn’t much you could do beyond email. There was device convergence, and companies were wondering what we could activate, if we had just the right software tool. We were one of the first mobile business apps, and I think it got us right to the door.

How do you structure that, because you obviously don’t sell it as a 99 cent download in the App Store?

Quinton Alsbury: The model is scaled in a number of different ways. The app in the App Store is free to download. This is a client application that you can download and interact with information about the device. What we charge, in the context of a corporate client, is the server software that has direct interaction with their existing systems, with Oracles, SAP and databases, which allows them to extract that data and publish these visualizations, manage users, and organize content. This is what we charge, using a subscription fee per user. In fact, they deploy it on site and pay a subscription. We also have a software as a service model, where there is a lighter, more streamlined version of the product, which is for individual users or small businesses only. This allows them to take an Excel or Google spreadsheet, or maybe Salesforce data, and use the app for that. It is obviously also a subscription cost, with no software to deploy.

You have started in the age of the iPhone. How has the iPad changed your business?

Quinton Alsbury: It had a fascinating impact. First of all, starting with the basics, in terms of device deployment, we sell an iOS app at the end of the day, so businesses that have iOS can use it a lot. When the first iPhone came out, companies were very hesitant to buy iPhones on an operational basis. Instead, employees bought them as a consumer. It became BYOD – Bring Your Own Device – where companies realized they couldn’t control employee phones, but could help them make sure they could access emails and directories on their phones. devices, regardless of the device. So the iPhone entered the business from behind. We haven’t seen any companies buying huge amounts of iPhones for their employees. The iPad is very different. Instead, the way it is making inroads into the business world is that it is bought more like a traditional piece of hardware by the company. They see it as an operational tool, replacing a user’s laptop, where they try to bolster a new use case by donating iPads to certain sets of employees. In terms of volume, I think we’re now seeing licensing for the iPad at a ratio of three to one, or even four to one for the iPhone. And, in terms of organizational deployment, we see that the iPad is much more widely deployed by companies to employees than are iPhones.

How has the rise of Android affected what you do and what are you doing there?

Quinton Alsbury: There is no denying the rise of Android and its prevalence in the mainstream market, for many reasons that we have talked about. But, it really hasn’t made any deep inroads – at least in North America and the EMEA region, for the most part, that iOS has. I have a few theories on this. First, there is a very similar thing with Android int in terms of BYOD policies. They support employees with Android phones, company emails, directories and that sort of thing. Businesses are realizing that the telephone is a very personal technology. So they let the employees buy them and put them to work. But, the way the tablets are approached is fundamentally different. And, Android tablets see no breakthrough at this point. We haven’t seen it, and our customers always ask if we have an Android version, we ask if they have Android devices, and they say no – thinking they might in the future. I think it’s such a new and younger ecosystem than iOS, which is based on OS 10 and where they’ve already made improvements to the business. Android is just a lot younger and unknown, in terms of security and all those other things that companies think about, before they buy and deploy technology on a large scale. I thought Windows might have the opportunity in the business with Surface and other devices, just because businesses have been comfortable with Microsoft and have been dealing with them for thirty years, but it looks like they need to yet deliver transcendent success to have a huge impact in this market, which I don’t know if they’ve been successful with the surface.

What’s the next thing you are looking at?

Quinton Alsbury: In general, we continue to focus on collecting data, visualizing it and transforming it into a rich visual experience. Obviously, we want to continue to develop that and help develop a new methodology and new analytical processes that we can support. It’s kind of the baseline. But we’re ready to go beyond that and figure out what you can do with that data when it’s visualized. How to socialize it, communicate it, exploit it and have it in a consumable form. In fact, we recently launched a secondary app, Roambi Flow, which is a publishing app for creating interactive magazines for iPad. You can embed visualizations inside the magazine, in addition to editorial analysis. Visualization is great, but to make it more accessible to more people you need editorial analysis and human content. The metaphor is if you took the Wall Street Journal, ripped off the editorial, and played them a bunch of charts, graphs, and infographics, you’d probably lose a better part of their subscription base. The editorial analysis and the human content that accompanies it make it a much more digestible body of information for their readership. Flow is designed to facilitate this and combine visual representation and editorial and visual content, to give more context and make it more digestible for a wider audience.