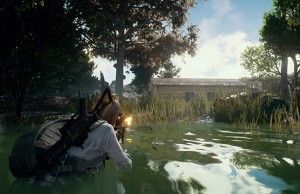 I wanted to write an article explaining how PUBG Mobile – the portable adaptation of Playerunknown’s Battlegrounds – works on the Google Pixelbook, my favorite Chromebook. The only problem? The game wasn’t even loading.

One of the most exciting aspects of supporting Android apps coming to Chrome OS has been the ability to fill the yawning void that characterizes gaming on a Chromebook. And while we found plenty of great games running on the Pixelbook – arguably the best Chromebook on the market – PUBG Mobile couldn’t even get past the logo of Tencent Games, the publisher of the title.

We’ve reached out to Google and Tencent Games for an official response, but neither has responded. If so, we’ll update this story.

Online speculation, however, points to an insurmountable technical gap that separates the game from the machine: a major incompatibility. On Reddit, many users claim that PUBG Mobile was written to run only on a mobile processor (like an ARM or Qualcomm chip fabric), which would make the game unable to load on the x86-based Pixelbook.

Fortunately, PUBG Mobile works on some Chromebooks, and we’ve even seen some evidence of that. The YouTube video below shows that the game can run (although the controls are clunky) surprisingly smoothly on the 11.6-inch Teqnio Chromebook, which is currently on sale for $ 129 at Walmart.

In the meantime, discover our overview of best Chromebook games; we tested all of these games.