BlackBerry announced at the end of September that it would stop internal development of new smartphones and instead focus on applications, services and security. It was a long-term development. According to Gartner, BlackBerry only dialed 0.1 percent of the global smartphone market in the second quarter of 2016.

In its heyday as a smartphone maker in late 2009, when the company was still known as Research In Motion (RIM), BlackBerry was in command. 20 percent of the global smartphone market and led the way in the United States, with a 43 percent market share. The company had exceptional status as a supplier of essential business communication devices.

Fast forward a few years: BlackBerry devices would eventually be supplanted by Apple’s iPhone and smartphones running Google’s Android platform. Industry experts point to the company’s inability to keep pace with consumer desire for touchscreen devices and a wide range of mobile applications.

However, despite all of its recent losses to its rivals, BlackBerry was undoubtedly a smartphone pioneer, and for many years in the first decade of this century, its devices set the standard for what a smart device is. modern communication could be. One of the first iconic devices that BlackBerry introduced was the 5810.

WHAT Does the BlackBerry 5810?

By the early 2000s, BlackBerry had grown into a successful supplier of two-way pagers, but it would accomplish much more. As Elizabeth Woyke notes in her 2014 book The smartphone: anatomy of an industry, BlackBerry founder Mike Lazaridis predicted in the late 1990s that handhelds and wireless PDAs would converge with cell phones. In 2000, a new wireless communication technology was introduced, known as General Packet Radio Service, or GPRS.

As Woyke notes, GPRS (“2.5G” technology) has broken data files, such as e-mail, into smaller units called packets. These “packets” could be transmitted more efficiently and wireless carriers could charge customers based on the amount of data they use. Thus, GPRS could be “always on” and connected to the Internet, as BlackBerry devices were on paging networks, but new technology allowed the same functionality over cellular networks.

Lazaridis wanted to present the first North American device to support both GPRS and 2G GSM voice service, to create a sensation and compete with the major cell phone manufacturers of the time: Motorola, Ericsson, Nokia and Siemens. BlackBerry, then known as RIM, rushed to bring the 5810 to market, and as ZDNet notes, “It was the first of a generation of devices marketed as phones with messaging capability.

WHEN Has the BlackBerry 5810 been presented? 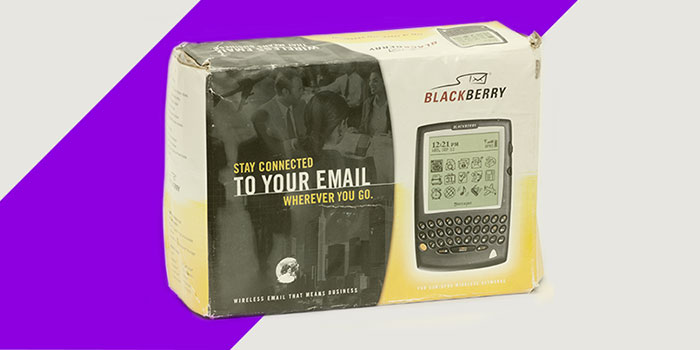 On March 4, 2002, BlackBerry unveiled the 5810 as a “breakthrough in wireless convergence that delivers email, phone, SMS, browser and organizer functionality in one handheld.”

The 4.6-inch device was a Java wireless handheld that integrated BlackBerry’s wireless messaging solution with cell phone service over GSM networks. BlackBerry was already the corporate standard for secure wireless email back then. The company noted that the devices would allow users to manage all of their communications and business information “from a single integrated wireless handheld.”

Such a device would become standard in offices in the United States and around the world, increasing productivity and collaboration, and allowing users to make and take calls, send and receive emails, and consult. their calendars from a single device. Users were also able to synchronize their e-mail exchanges with their PC’s inbox via Microsoft Exchange or Lotus Notes Server, which the New York Times described as “incredible mirror magic”. 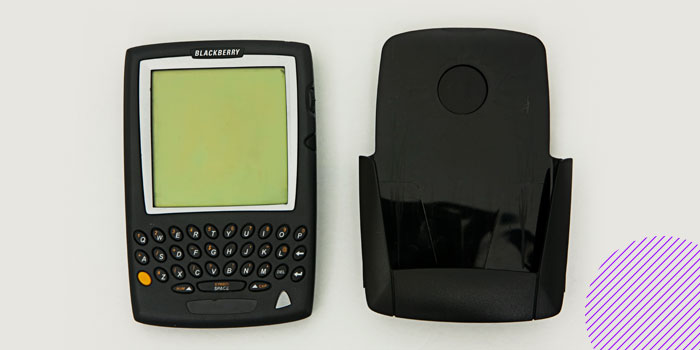 As Woyke notes, BlackBerry had to make many compromises in rushing to bring the 5810 to market, priced at $ 499. While the device allowed users to consolidate two devices into one, like eWeek noted in its review, there were a few key drawbacks in the design of the phone.

First, there was no built-in microphone or speaker, and users had to plug in an included headset to make and receive calls. Although users can take advantage of PDA features while on the phone, PC Magazine noted in its review that “frequent phone users who hope to limit themselves to a single device will likely find the separate headset inconvenient.”

Forbes said it turns answering a phone call into “a climax of trial and error – unless you like to walk around all day with a pimple in your ear.”

The BlackBerry 5810 was eventually upgraded and replaced by many of the company’s other models, including the 6210, which had a built-in microphone and speaker, models with color screens like the 7201, and more focused models. the consumer like the Curve and the Bold. NYT’s David Pogue wrote in his review at the time that the 5810 was “aimed at the well-heeled business types who eat, sleep and breathe email – and live in cities with GPRS reception.” .

Voicestream, the predecessor of T-Mobile US, offered the 5810 with unlimited email, 1 megabyte of GPRS data transfer without email, and 300 SMS messages for $ 40 per month – and that cost was on top of a plan. normal vocal.

“This Old Tech” is an ongoing series about technologies from the past that have had an impact. Do you have a technology idea that we should pitch? Please let us know in the comments!