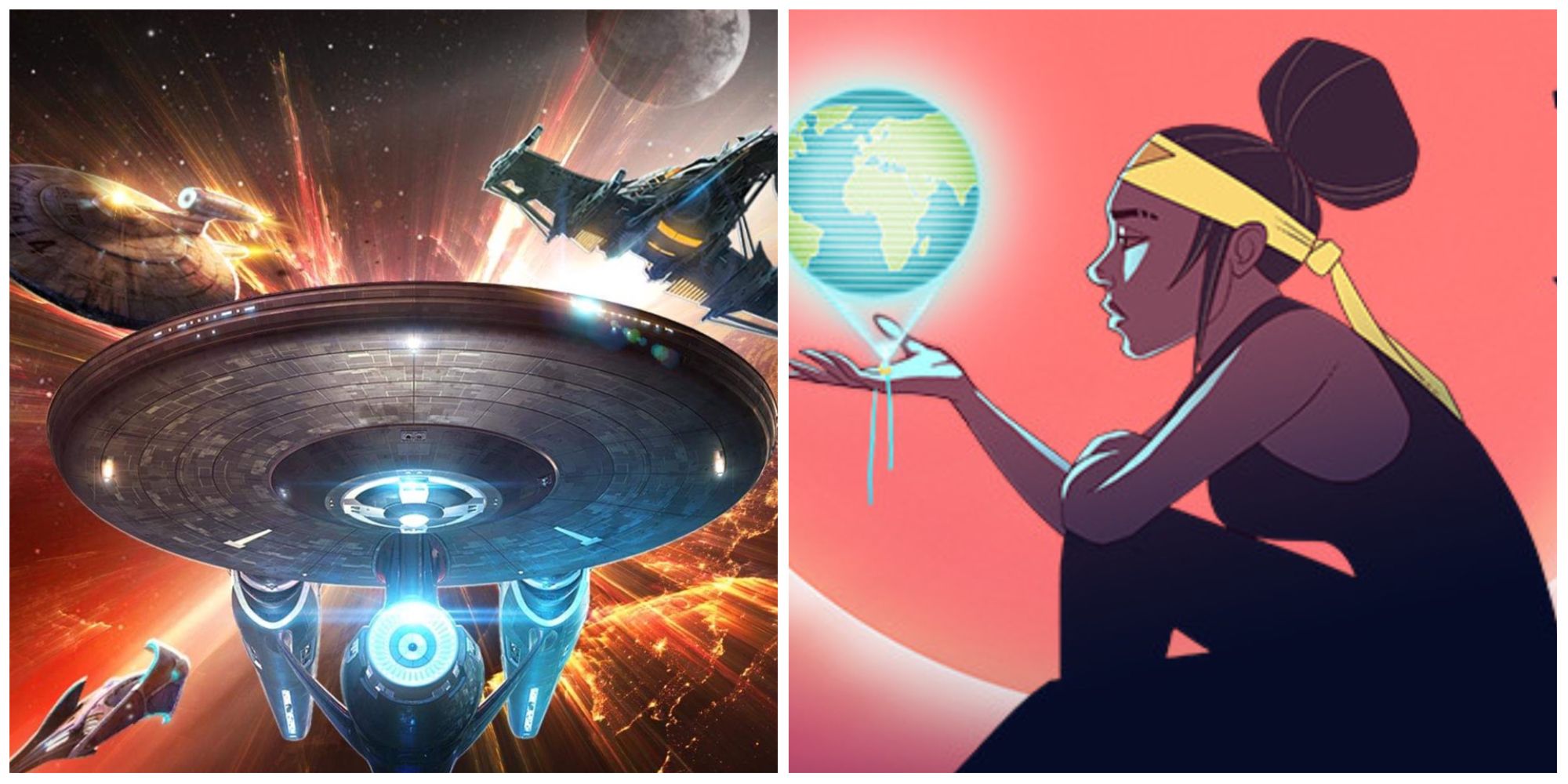 The sci-fi genre has a ton of options when it comes to games. Sci-fi games aren’t just about aliens and spaceships anymore – you can do so much more.

From being the head of a superhero company to experiencing space exploration, this is a category that has something for everyone. This is especially true when it comes to mobile games. Everyone loves a moving cosmic fortune-telling among the stars, and it’s all up to snuff.

Star Trek is a staple of the science fiction genre. The series started life as a TV show in the 1960s and over the past 50 years has morphed into an entire franchise. It is therefore not surprising that it has become a popular mobile game.

Created by Irish developer Digit Game Studios, Star Trek Fleet Command is a great game if you like combat strategy titles. In addition to this, you will develop leadership, diplomacy and combat skills. Combining management simulator mechanics with strategy, this is the perfect game for all Star Trek lovers.

If you like sci-fi games but aren’t interested in anything tactical, check out Alien: Isolation. It is extremely unique in that it is a sequel to the original 1979 film, Alien. The story focuses on Amanda Ripley, daughter of the main character Ellen Ripley from the first film.

Engineer Amanda travels to a space station to investigate her mother’s disappearance. Upon arriving, she discovers a horrible scene and realizes that something terrible is happening aboard the station. She must investigate and survive the horror. It is a terrifying space game that will delight horror lovers.

Are you looking for a collector’s game where the gacha is not necessarily too painful? If so, consider checking out Counterside, a game from Korean developer Studiobside. The story takes place in a world where the citizens are terrorized by powerful and evil forces called the Corruptions, a danger capable of causing large-scale disasters.

The only ones who can remove these corruptions are the counters – people with extraordinary superpowers. Your job as president of the company is to recruit and train counters to stop the corruptions from destroying the world. Restore the company and save the world from disaster.

One of the most famous Star Wars games of all time is now available on mobile devices. Star Wars: Knights of the Old Republic is an RPG set thousands of years before the events of the main films.

You play as a Jedi who crash lands on a planet and must travel across the galaxy and defeat the evil Sith. With a well-received story and gameplay that continues to be popular to this day, this is one you won’t want to miss.

If you like the turn-based system in RPGs and JRPGs, you’ll enjoy the XCOM series. In this series, you fight against an alien force to protect the Earth. In XCOM 2, you play as the leader of a resistance group, 20 years after aliens took over Earth in the first game.

XCOM 2 combines elements of strategy, combat, and roguelike mechanics, making it an exciting title that tests your skills and includes all the classic sci-fi elements you’ve come to expect.

Skynet meets powerful robot girls in Girls’ Frontline, the mobile gacha title from studio MICA. Against this background, most of the earth has become inhospitable due to the toxic collapse fluid and humanity is near extinction. Android robots called T-dolls are used as soldiers in war.

You play as the commander of a special military unit sent to eliminate the Sangvis Ferri, a group of androids who have turned against their human masters and are determined to wipe out the rest of humanity. It’s a fun strategy RPG that sci-fi and anime fans will enjoy.

Fans of puzzle games are not left out for this party. Ticket to Earth follows Rose, who battles typical sci-fi enemies like robots and aliens. Its story and character development have been critically acclaimed, as well as its gameplay mechanics.

Rose and her group of comrades make this an unforgettable story. they’re not just your typical insert protagonists. The game combines tactical, puzzle, and visual novel elements in perfect balance.

Morphite is perfect for those who love the cozy aspects of space but don’t want to play anything too scary or complicated. This game combines FPS mechanics with space exploration, feeling a bit like a cosmic version of Subnautica, since you have to use resources from planets to upgrade your tools.

You play as Myrah, a worker on a space station, who discovers a special resource called morphite, which may have the power to change the universe. You must go on a journey through different solar systems to find morphite. It’s a casual yet fascinating game with a unique low-poly art style that will satisfy your need for exploration.